When it's fully assembled, I'll post in the J Bass section.  It came today, here's a few pics. 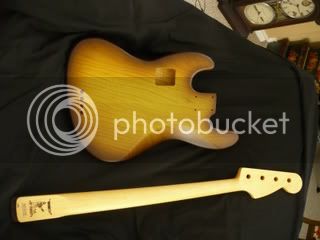 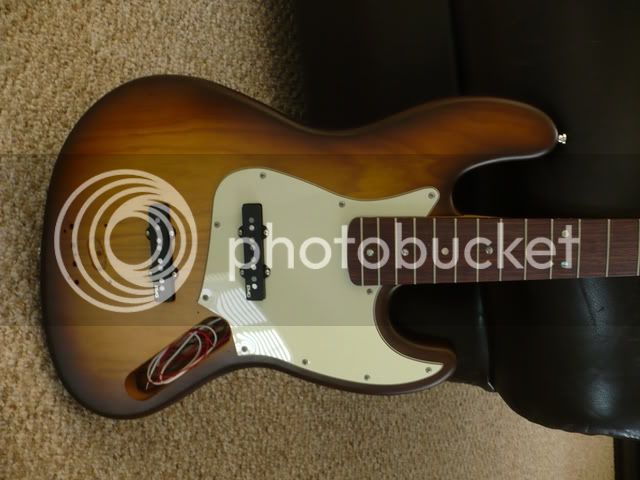 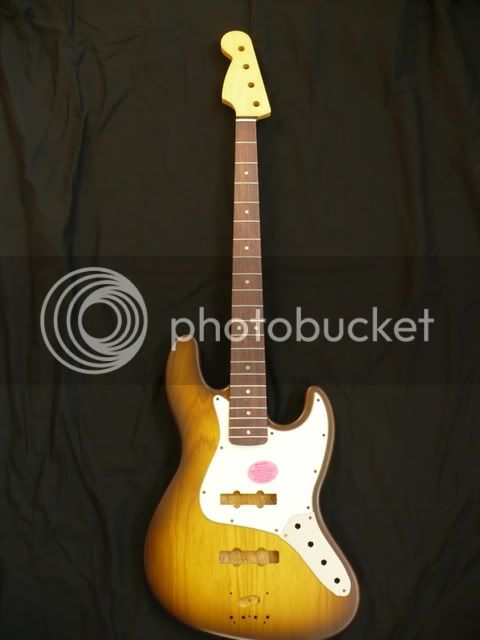 Oh, very nice! Is that a Warmoth finish?

That should rock; what for electronics?
C

tfarny said:
Oh, very nice! Is that a Warmoth finish?
Click to expand...

I was wondering that too.
Looks fantastic!
M

tfarny said:
Oh, very nice! Is that a Warmoth finish?
Click to expand...

jackthehack said:
That should rock; what for electronics?
Click to expand...

EMG's new vintage take on their J-Bass pickups; they have pole pieces.  It's (going to be) wired with each pickup getting it's own volume, master tone, 3-way toggle, and series/parallel on the tone push/pull for 9v or 18v from the double battery box.
M

Interesting, I didn't know they made finishes like that.

So they charge extra, or is it the same as a gloss?

Micahbell said:
Interesting, I didn't know they made finishes like that.

So they charge extra, or is it the same as a gloss?
Click to expand...

No extra charge.  Just the flat $220 for the Tobacco Burst.  He did say it took an extra week to cure.

I got the idea from an LP that was in the gallery on warmoth.com.  If you've ever felt their satin necks, they feel fast and smooth, like they don't even have a finish, that's how the whole body feels.

Thanks everybody for the comments and compliments.  I ordered it before I ever found out about unofficialwarmoth.com.  It looks kind of boring compared to some of the works of art on here.  It's not spalted, bound, quilted, or made of exotic woods.

Super Turbo Deluxe Custom said:
It looks kind of boring compared to some of the works of art on here.  It's not spalted, bound, quilted, or made of exotic woods.
Click to expand...

I know how you feel, but some of that stuff looks tacky. Your bass is all class. :icon_thumright:
T

No, your bass is perfect like it is. There's a lot to be said for simplicity sometimes.
M

I really like the burst, and the body fits the reversed headstock really well. Same direction for the slant.
Boring? No way.
Simple? Yup. And I like it.

I did the wiring last night.  It was a tricky SOB.  It took as long as the assembly did.  But, I got it right the first time.  I had two wiring diagrams and was making a hybrid of the two.  I haven't set the action or intonation yet, but plugged in last night to get a feel for the sound.  Awesome!  At 9v, even with EMGs in it, it didn't have that "sterile" sound to it.  At 18v, I was expecting more of a Hi-Fi, metallic sound emphasizing the treble, but instead it was a more rounded mid sound on the neck pickup.  The bridge sounded almost identical with both voltages.  If anyone has EMGs, I highly recommend doing a 9v to 18v push/pull.

what color is that body looks sweet?

It's finished, and I posted a full description and finished pics in the J-Bass section.
You must log in or register to reply here.