How far could a Mooncaster get into Gibson tonal territory?

from seeing all the great builds on this message board,  i have a hankerin to do a reverse doghair ash body and i have never seen a mooncaster or 335 with a dog hair finish,  i think the ash with white spray on and dark grain filler would be cool.

and another thing,  if you want the mooncaster to be like a 335,  ask them to build it without an access pocket in the back so that you can fish your wiring thru the f holes... sarcasm

teleme01 said:
from seeing all the great builds on this message board,  i have a hankerin to do a reverse doghair ash body and i have never seen a mooncaster or 335 with a dog hair finish,  i think the ash with white spray on and dark grain filler would be cool.
Click to expand...

i think most of y'all ITT (short for in this thread) are srsly #overthinking it. an audio-only recording of a moonc of any wood combo with a set of quality HBs is gonna fool 99.9% of ppl. and if you were to do a video of like a "lip sync" (by playing a real Gibson in the video, but the audio is secretly the Moonc, u will fool even more players.)

you'd blow their minds with a sly #trickster of  a video like that. probably get hits and views galore on YT too lol. It'd be like a clown kicked down their door, marched into the living room and told them he was their mom. A real mindjob lmao

https://warmoth.com/index.php/m-1196 even if it doesnt sound exactly like a gibson, it could look cooler and sound better,  what a beaut

teleme01 said:
https://warmoth.com/index.php/m-1196 even if it doesnt sound exactly like a gibson, it could look cooler and sound better,  what a beaut
Click to expand...

That is purty! One idea I had was a mahogany core with a walnut top but I feel like I'm pretty set on the look I'll be going for. Basically, a Mooncaster with gold top Les Paul cosmetics. I'm thinking mahogany core, mahogany laminate top, gold top and natural back. I used the wrap around option for this screenshot but I'm not sure if I'd do that or a Tune-O-Matic though. I'm trying to not think every single detail on something that I probably won't be doing for a couple years at least haha. I would really like to do what I've already got on my plate before thinking about something else but I may end up bumping this up to being the next after the Switchback. It would still be a year or so before I can do it then though. I also did P90 routes on this cap but I'm really thinking it'd be PAF style 'buckers. 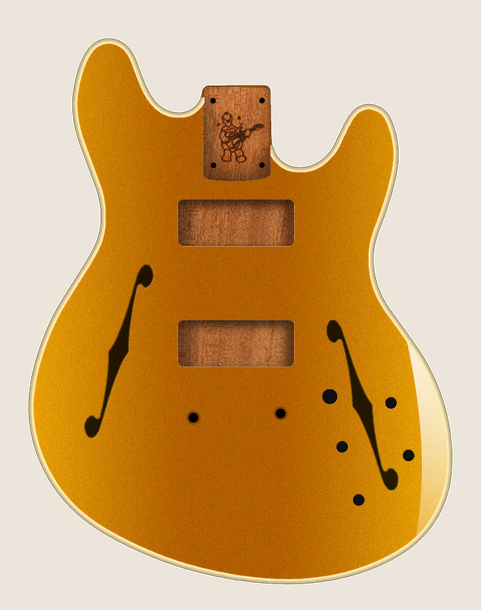 I'm going more for Starcaster territory now. I've only played a Squier version but I really liked how it sounded. Now, I'm starting to question, mahogany or maple neck? I've got a '77 Les Paul and I've never remotely felt it sounded too bright with it's maple neck. It didn't seem to hurt the Starcaster either. I could say the Gibson influence on it comes from the Norlin era haha. I'm thinking I'll use a Warmoth headstock. I like the Starcaster head but I'm not too hot on the Warmoth version, it could just be the lack of the bit of body color on it but I'm liking the 3 on a side look more anyway. Either way, I think it'd have cream binding rosewood fretboard and trapezoid inlays. 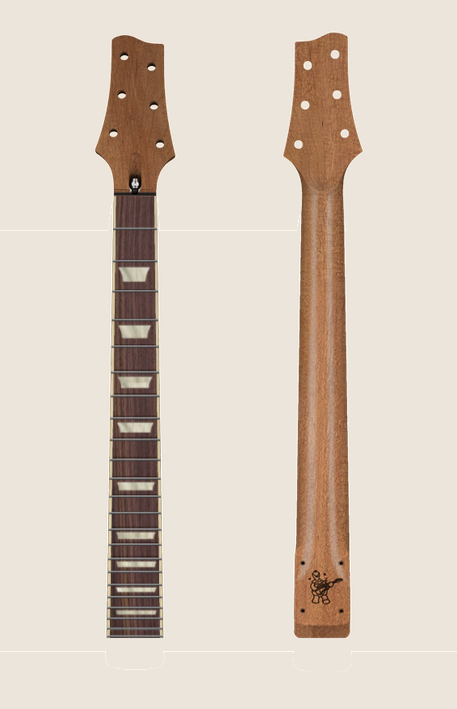 That's another decision I'll have to make when/if I do this(I'm not 100% sure but I really think I will). That screen cap was what I was thinking at the time. I'm leaning towards a pair of Gibson '57 Classics but I've not eliminated P90s as a possibility. I mean, P90s are great at gettin' dirty! I'd have to research them to figure out what I'd use though. I don't have any guitars with true P90s, just some humbucker sized ones.
You must log in or register to reply here.

Fitting a Freeway 10-way switch into a Tele?