How about parts to build a fender bass vi? With some custom nut width options too. They are SOOOO expensive from Fender Custom shop.

If those videos are any indication, the Fender bass-6s either a) don't intonate well, or b) are played by people with bad ears.

I doubt W will go for it, but it is a pretty cool idea. And you could fix both problems a and b!
D

I think these long-scale Fenders are cool.  Not sure if I'd rush out and buy one but 30" conversion necks in general would be pretty sweet
P

Go grab a copy of The Cure's Disintegration if you want to hear some brilliant examples of melodic Bass VI playing. 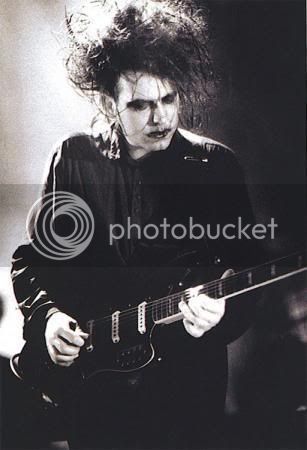 PitchShifter, that clip is awesome. I LOVE The Cure.

I want one for some post rock instrumental stuff I'm working on. But I'm not about to spend $3000. Besides, I can customize with Warmoth and that's what it's all about anyway.  :icon_thumright:
T

USACG will make this for you tomorrow if you ask.  :glasses10:
P

tfarny said:
USACG will make this for you tomorrow if you ask.  :glasses10:
Click to expand...

PitchShifter, it looks like he no longer makes the bridge. It says discontinued.

I might make a bass VI from usacg parts. But I'd be willing to wait to see if warmoth made them. Maybe Warmoth can even have a good bridge fabricared. But if I get too impatient, I'll get usacg stuff.

BTW, does anyone know if fender used the standard Jaguar body on their bass VI or is it bigger/longer. Basically, would warmoth have to also make a new body or can they just make the neck? (besides routing that is.)

That was a neat clip.  Beautiful stuff.    But.....as high on the neck as he (Robert Smith) was playing, a normal scale guitar would suffice. And the sound was as much chorus and reverb as the instrument.
W

nathana said:
If those videos are any indication, the Fender bass-6s either a) don't intonate well, or b) are played by people with bad ears.

I doubt W will go for it, but it is a pretty cool idea. And you could fix both problems a and b!
Click to expand...

If the body is a standard Jaguar size and shape I think I would go with a stoptail. No tremelo at all, I would never use it anyway. But would a stock stoptail intonate well? Also does anyone know if the string spacing is the same as a guitar? Could I use stock humbuckers from say Seymour Duncan?

I think I would go with Humbuckers if I could. Totally customize it.

I know it's not the point, but the sound of that could be reproduced with a baritone scale neck by increasing string gauge and downtuning.  If a 30", 34", and 35" scale bass can all produce the same pitch, why can't a 28 5/8" baritone neck and 30" scale neck achieve the same pitch on a guitar?
T

I agree - a baritone jazzmaster with TOM and strat pickups could get you right in there.
O

nathana said:
If those videos are any indication, the Fender bass-6s either a) don't intonate well, or b) are played by people with bad ears.

I doubt W will go for it, but it is a pretty cool idea. And you could fix both problems a and b!
Click to expand...

Actually.....that ain't such a bad idea on this sort of project Wana. Those Jazzmaster/Jaguar trems are finicky - and that's being polite.

Notice how easy it was for those two players in the clips above to go out of tune, just by touching the trem arm? Most players playing a JM or Jaguar will swing the bar back and not touch the damn thing until they really bring in the trem work.

This type of project does have it's merits, but in a cliché way I guess. The Beatles had one of those around the studio when it became George or John's turn to play bass lines. John is seen using one in the Let It Be clip. The Beatles used a lot of short scale bass in their catalogue of work.

Paul's Hofner was short scaled and they used this Fender Bass VI in the latter part of their recording career (possibly to replicate the lighter bass lines that Paul would have done on a Hofner in earlier years. The Hofner was quite unreliable in the studio from what I've read, the bridge meant it couldn't be properly tuned up to pitch & it's tone could be a boomy mush in some mixes. The Rickenbacker got a good run as a  long scale bass and collectively The Beatles used a Fender Jazz Bass too. But the latter career short scale bass lines was probably done on the Fender Bass VI).
K

Super Turbo Deluxe Custom said:
I know it's not the point, but the sound of that could be reproduced with a baritone scale neck by increasing string gauge and downtuning.  If a 30", 34", and 35" scale bass can all produce the same pitch, why can't a 28 5/8" baritone neck and 30" scale neck achieve the same pitch on a guitar?
Click to expand...

That's just me though. I'd like to experiment with your idea though..without investing a lot of money buying a baritone.
P

I covered this in another thread somewhere, but the Jaguar Baritone Custom (also called the Jaguar Bass VI Custom) was an updated version of the old Fender Bass VI and featured a 28.5" neck and used the same gauge bass VI strings.  It was a hard tail version; the shape was closer to a Jag/Jazz than the originals; and it only had dual single coils. A warmoth JazzMaster with baritone neck would get you a very similar look and feel to this one.  Never played one, so I don't know how flubby the low strings are.  The Jerry Jones Bass VI, is 30" scale and uses a lighter guage of string than the Fenders at 24-34-44-56-72-84. That might be more useable,but the sound won't be as thick bodied.

Super Turbo, the timbre of notes at the same pitch will depend on the string guage. If they're comparable, I expect the sound will be the same. That's the route I'll be pursuing. I think a baritone will give me many more "useable" notes than a Bass VI. I found the Schecter Hellcat VI to be pretty useless when using the bottom 3 strings. The chrous/delay is definitely a prominent feature, but the Bass VI is also a signature sound in Cure songs and quite distinctive in it's own right.

kidgloves2 , if you are having problems sourcing parts for a Bass VI build, head over to the Offset Guitar Forum. There are a number of Bass VI builds that have been covered on those boards. It's a great source of information, and they even have a parts list for that type of guitar. 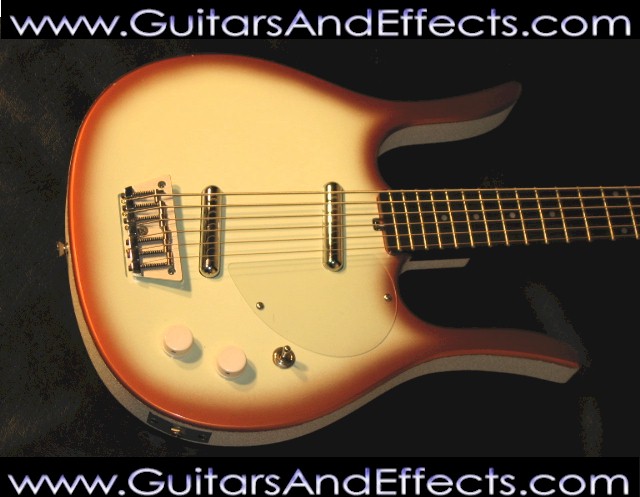 Ok, I finally have the funds to assemble a Bass VI. But I may need some advise. I'm going to use a USACG 30" scale neck. But I think I'm going to use a Warmoth body for the simple reason that I like their finishes and I want to support them. So here are a couple questions:

1. Can I use any guitar pups that I want? Or is the string spacing over the pups wider than guitar? I was thinking about using Humbuckers and putting a coil tap option on them for different sound options.

2. Where can I get a good bridge so that I can intonate the instrument properly?

3. I'm going to go with the Fender Jaguar body style. Does the original Fender Bass VI have the same body dimensions as a normal Jaguar, or is it larger? That will help me decide if I can go with a Warmoth body or if I need a USACG body as well.

I might get a thicker gauge string set from LaBella. You can put together any combo strings from them. I want higher tension because I will do drop D sometimes. I think pure nickel as well.

I want to use as many Warmoth parts as possible because I love the company and want to support them as much as possible. I wish they made a 30" scale fender Bass VI neck, but I can't wait any longer.

Thanks in advance!
P

The smaller scale Jaguar body will not be compatible with the 30" neck.  In fact, I don't think any body other than the USAG BassVI will be. It's a safer bet to either go for the USAG Bass VI body as well, or a Warmoth 25.5" body with a baritone conversion neck. (I'm discounting moving the bridge yourself)

The string spacing will be equal to whichever bridge you decide to use.  You may need to check on the Offset Guitar Forum as to what bridges are acceptable for intonating a Bass VI now that Atelkof Lutherie no longer makes replicas.  According to that site, some Bass VIs are built using a standard Jaguar or Mustang bridge, but you have to wind the saddle all the way back.

I found out today that the Jaguar body style for the Fender Bass VI with 30" scale neck was larger/unique. So Warmoth would have to add that to their catalog too. I really don't see why not, USACG seems to do a lot of sales with this. And I contacted them and they don't do any mods, just recreations of the original. I want Humbuckers and a stoptail. Warmoth would probably give options.

Oh, they won't make the nut 1 3/4" either. Since the strings are so much wider, wouldn't it be more comfortable to with a wider nut? I guess that's subjective.

I might still build one with just original specs. But I would totally hold off If I got any hint from Warmoth that they would eventually add these to their catalog.  :toothy11:
P

What is your build brief?
You can build a Warmoth Bass VI using a modified Jazzmaster body and 28.5" neck.
If you want a direct replica Bass VI with some modifications, then you have to go with USAG, Shamray or another custom builder like Gecko ho builds Bass VI www.wizardsofaz.com/gecko/
You must log in or register to reply here.

G
May 2022 Guitar of the Month Submissions