I built a Warmoth partscaster over the summer. Originally I had ordered a 25.5" roasted maple neck for this build. Somewhere along the way, I wanted to try something a little different and also ordered a Strat tiltback headstock roasted maple / ebony board 24.75" neck too. I had originally setup the build with the 24.75" neck, but the tuning stability with a trem was not good, so went with the 25.5" neck with an LSR nut. Found a guitar tech locally, and had originally asked him about installing a Floyd Rose nut on the shorter neck, but there wasn't enough meat for his to install, so went with his advise and he installed a delrin nut. Yesterday I got the neck back and installed it on the guitar.

The guitar is a Warmoth Tele Hybrid with a swamp ash body, using a Thornbucker + (B), Dimarzio Cruiser (M) and Thornbucker (N), with a Wilkinson VS100 trem. The TB's are setup for splitting using a 6.8k resistor when split to keep some meat to the tone. Gotta say, the TB's are the best sounding pups I've experienced in HB and sound damn good when split.

First off, the nut installed on the 24.75" was perfect. Not as great on helping tuning stability as I would have liked, but better than the Tusq XL nut it came with. He did a superb job though

25.5" Neck - Definitely more spanky and the highs cut through. Not sure if the neck being all roasted maple affects the tone in any measurable way, but the length definitely captures some of the Tele / Strat thing. Tones are very flexible with spank to more warmth depending on the positioning of where I'm picking in relation to the distance picked from the bridge.

24.75" - The shorter neck gave a more fuller/warmer sound. It was easily in the neighborhood of a Gibson'esque solid body tone. Loved the thickness for rhythm. Chunky and rock and roll. However, there was definitely something missing in the highs when soloing as compared to the 25.5" neck. Tonally, the upper tones just didn't pop like the other neck. I wonder if using an all maple neck would bring back some of the pop from the 25.5" neck. I've been a Les Paul player since age 14 in 1984, and found myself feeling immediately at home playing on a neck this length. For me, this length just felt "right" to play on. Also, using the same .009 gauge strings on both, the strings on the shorter neck felt spongier and string bending took less effort...it felt more lively to play. With the different tension on the strings, I found myself having to "reset" a little on picking technique a bit.

I'm glad I did this, as I learned a lot about what I like/don't like in neck. I'm going to put the 25.5" neck back on the guitar as it's a better compliment for trem use for this partscaster. However, I'm planning another build in the near future and it will have a 24.75" neck using a mahogany body (because....Gibson)

The 1st picture is from when I was just about done finishing the guitar, but shows the shorter neck. 2nd pic is the completed guitar with the 25.5" neck. 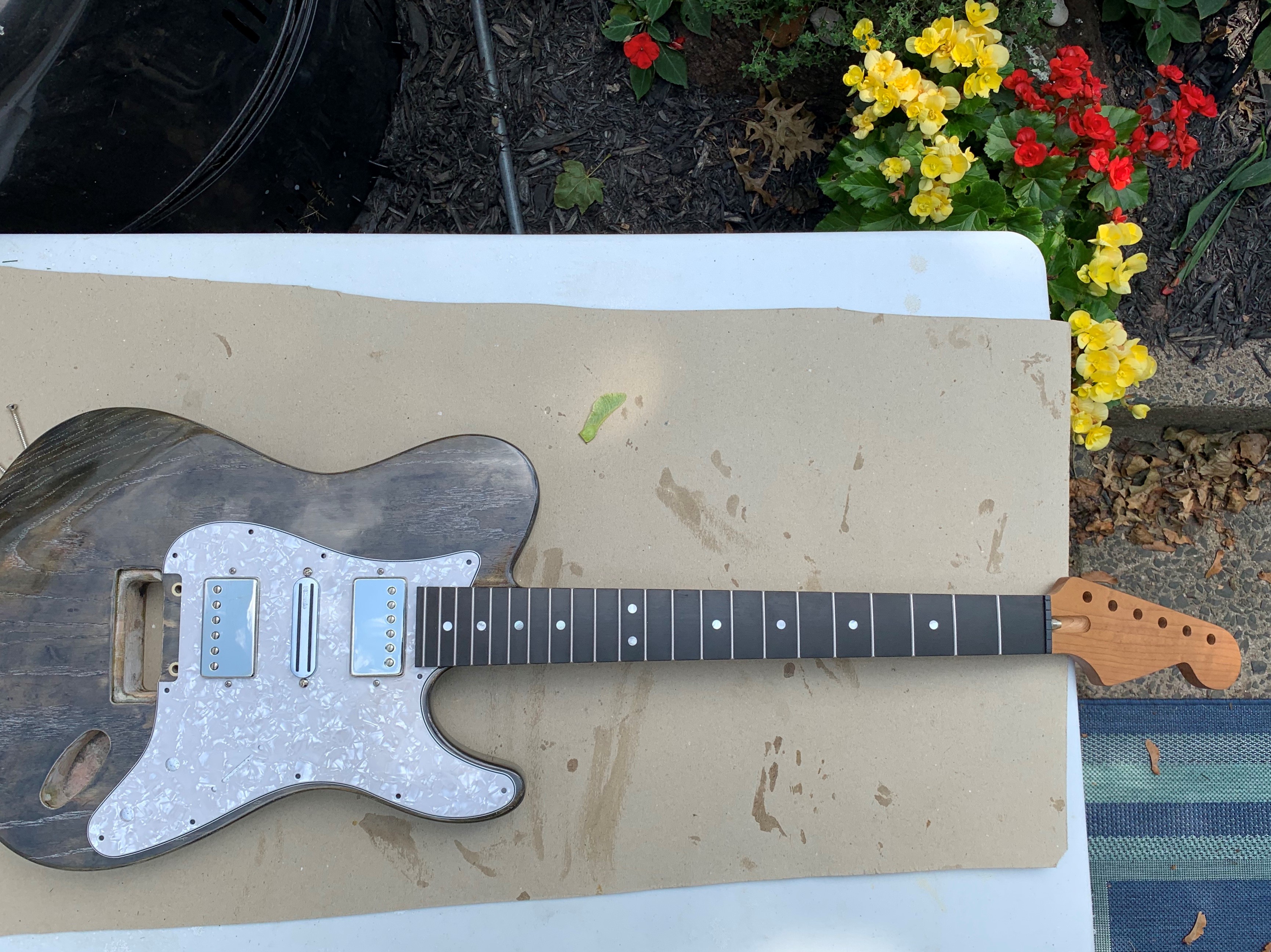 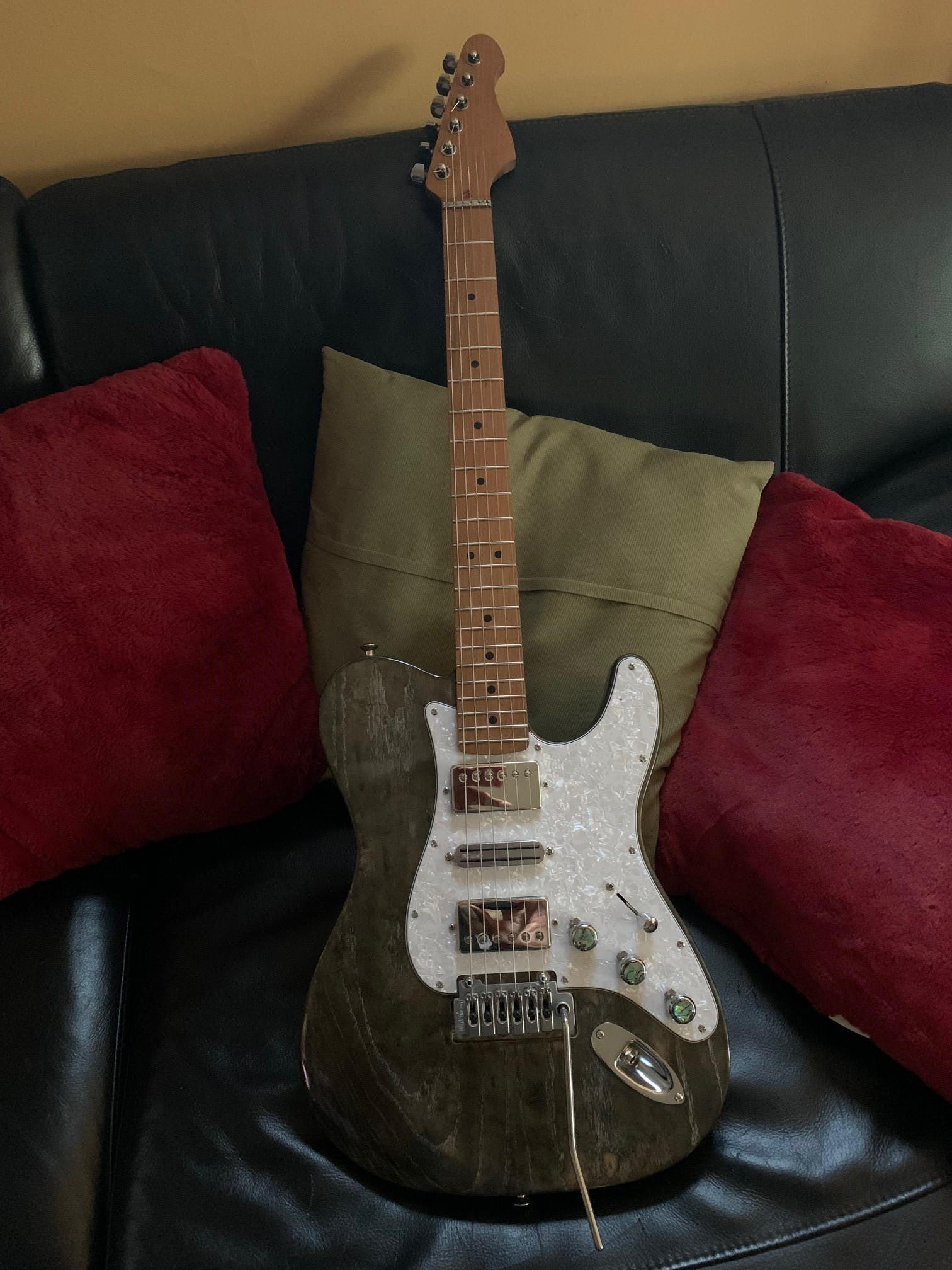 Yeah, scale length affects tone. I don't know why, but it does. The fretboard material has no affect.

This sort of adventure is a good use of time - dialing in your ideal scale length can be really gratifying.  You might want to experiment with bumping up the string gauge on the 24 3/4 neck if you want to regain a litte more of the Fender sparkle and spank.

Getting ready for my first Warmoth