what is the best cheap pedal youve ever had?

I gotta say, the best cheap pedal that I ever had was a cheap Japanese wah pedal.  It's a Shin-ei "Companion" and it puts any VOX, Cry Baby, or Morley to shame.  It's got a killer pukey tone that really wahs out.  Best wah I've ever heard

There's a Shin-ei fuzz that's become very expensive after Radiohead used it in "Exit Music", so hang on to that wha

I only own two pedals, neither of them exceptional (Dano Cool Cat chorus and a Dano fuzz).
J

For $50 I got my Electro Harmonix Metal Muff... which sounds just like a Krankenstien"s distortion channel even when pushing my cheapy Ibanez combo solid state amp...
S

rockskate4x said:
For $50 I got my Electro Harmonix Metal Muff... which sounds just like a Krankenstien"s distortion channel even when pushing my cheapy Ibanez combo solid state amp...
Click to expand...

$20 Boss DS-1 Distortion. Didn't sound that great with my small solid-state Peavey, but with tubes it's a great pedal.
S

actually i got a DD-3 Boss Digi-Delay for $50 because the LED was broken and the store i bought it from couldn't get it to work on batteries. but i got it home and it works great on my daisy chain  :icon_thumright: 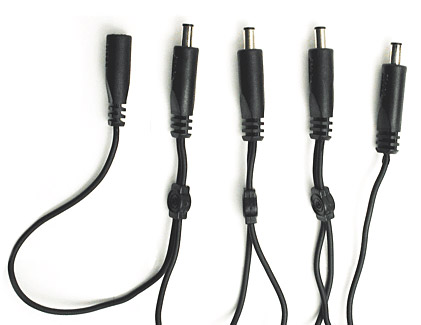 I picked up a beat-up Boss HM-3 Hyper Metal for something like 25 bucks...

It has this cool fuzz/distortion sound to it that kinda goes to mush if you play more than two notes at a time, but it SINGS for solos.
N

Probably my £20 Russian Big Muff. Although it's been far from reliable, I've had to replace the battery holder once and fiddle around with the wiring on a few occasions, plus I reckon I do need to replace the tone pot at some point as it very noisy, that could be an issue though as ideally I'd like to replace the pot like for like and that means finding a Russian 100k pot. :icon_biggrin:
V

Arion Stereo Analog Delay.  The SAD-1.  Yup, and for $20 at the Musicians Fiend Carnage Center here in KC.
M

My Boss ODB-3 Bass OverDrive . I'm probably a bit weird because I like to use the EQ preset from my MXR M-80 with the Boss ODB-3 for light and transparent overdrive while I like the distortion on the M-80 for heavier overdrive, but still pretty transparent.
S

I have an Arion Stereo OVERDRIVE....  The SOD-1. One output is nasty and the other is switchable from mild to clean. This lets you do neat things like put your delay or chorus on a clean output. Some few of those old Arion pedals are getting to be worth something, there's one chorus that's really valuable, and another that's not. The old 1/8" power-jack DOD graphic EQ's and compressors (FX40 & FX40B; FX80B) are better quality and sound than MXR or Boss products. Made in Utah by Mormons, so you know they gotta be good.  :headbang:
You can still luck into the DOD's for $25 on Ebay now and then. Or you can buy as new Boss for $90 and pay another $50 to have the DOD-quality components installed.
M

$30 on the Danelectro Cool Cat Transparent Overdrive. Best money I've ever spent. I've tried hundreds of overdrives... the Cool Cat blows 'em all out of the water, especially considering the price.
W

Superlizard said:
Without a doubt the Bad Monkey (~$50):

Basically a Tube Screamer with separate bass & treble controls. But it all SMT components which makes it harder to modify, but not impossible. I've modded a few with good results. Basically 50 cents worth of parts made a big difference.
C

Marshall original Blues Breaker pedal, which was easy to modify (and what they ended up doing with the BB-2 pedal)
D

I got a Bad Monkey for $40... that's a pretty good deal I think.
You must log in or register to reply here.

Is the Blues Brothers movie the best movie ever made?