Hope this is in the right forum...

Anyway, wenge back with a fretless ebony fingerboard, just came in yesterday... :blob7: 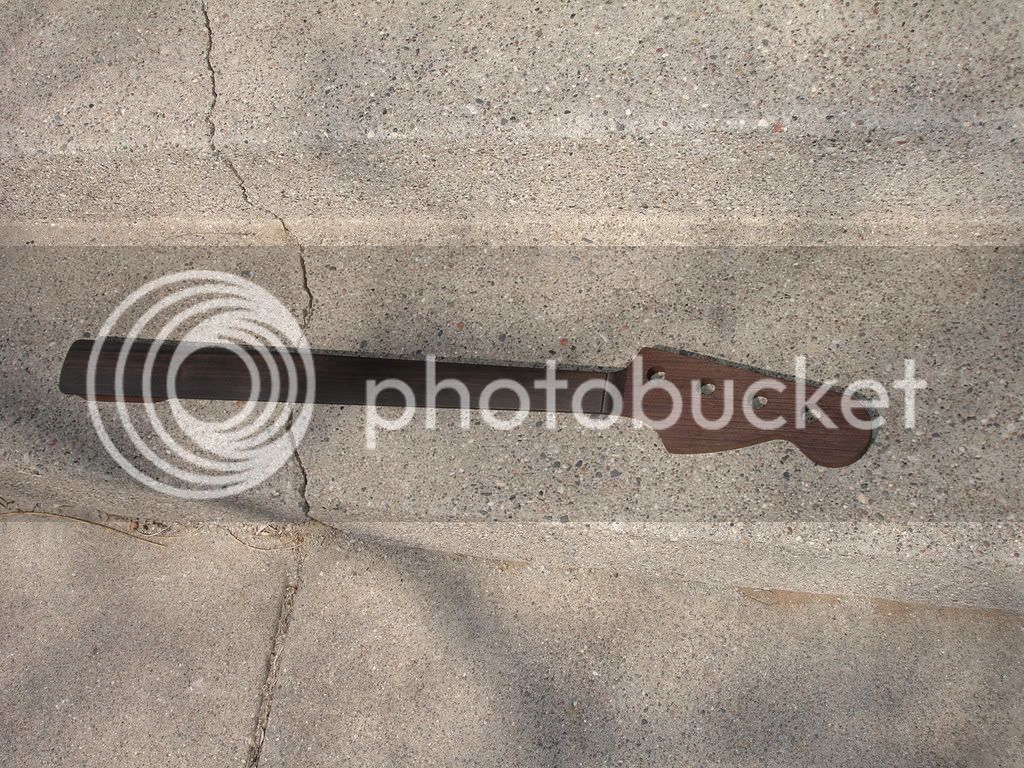 With my tung-oiled, walnut body... 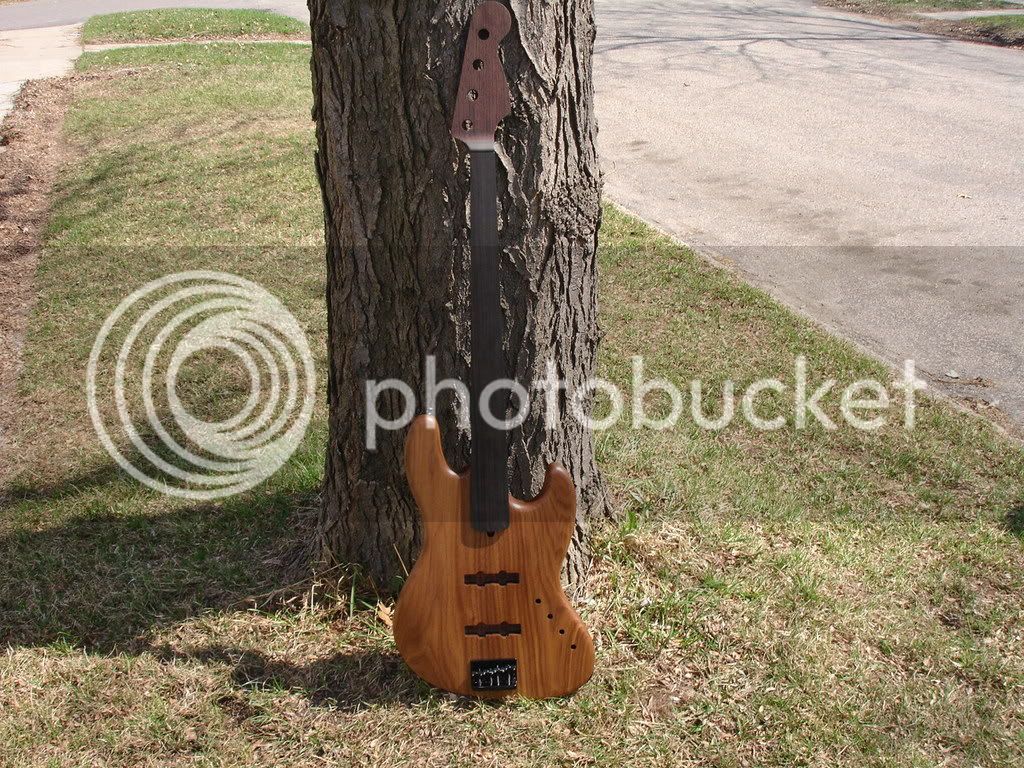 Nice to finally see natural ebony, streaks and all (including my fingerprints)... 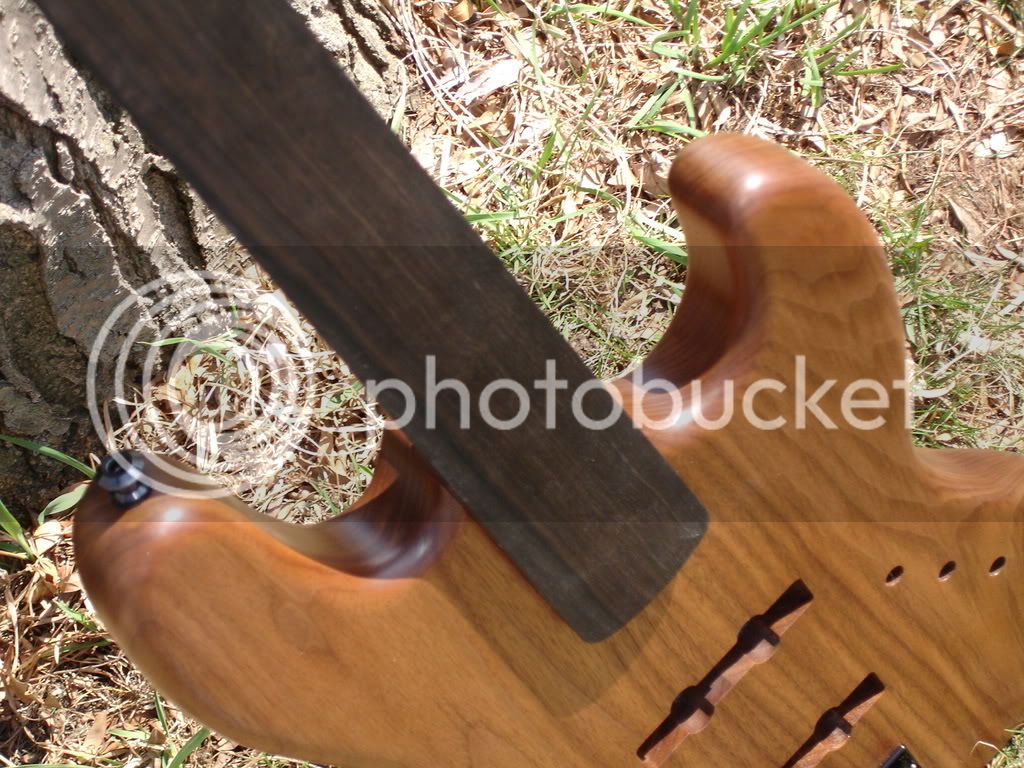 Check out that grain on the wenge... 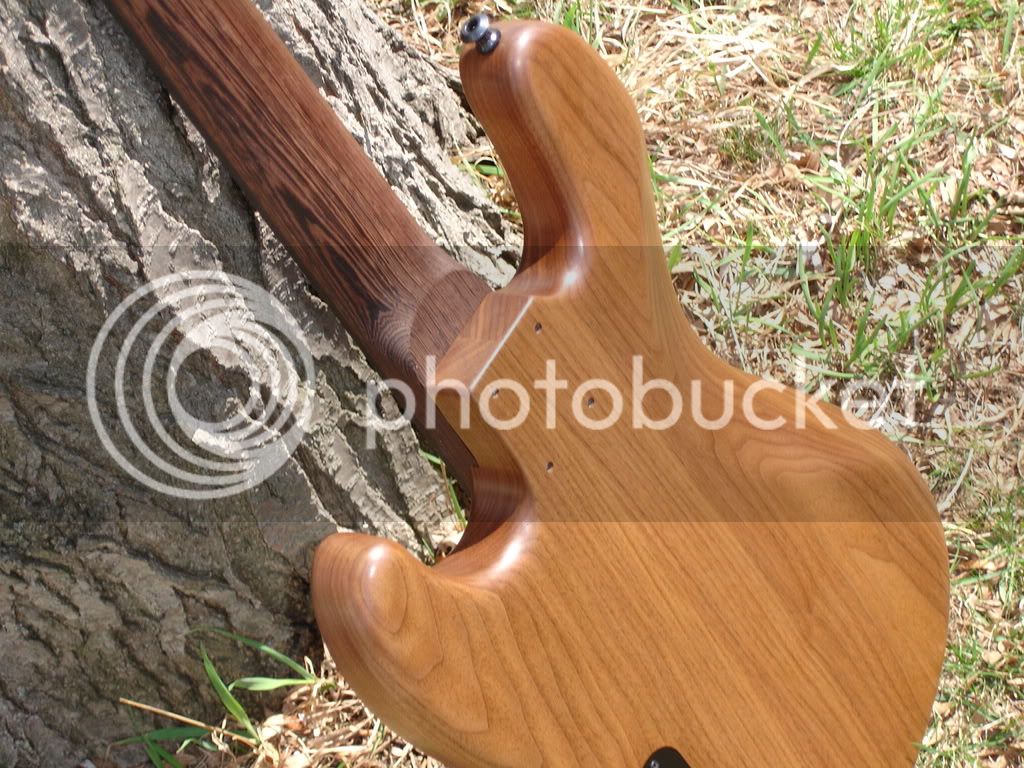 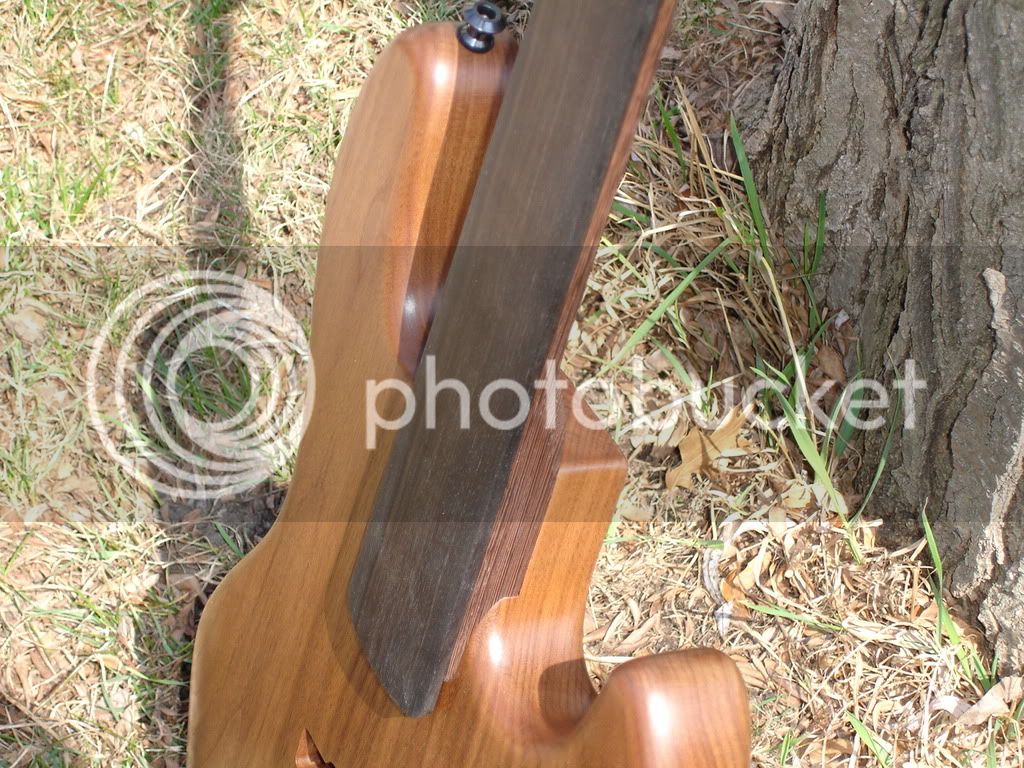 This is my first experience with raw wenge. It's totally different than any wood I've ever felt. I once played an Ibanez with a wenge neck, but it must've had a finish on it, as it didn't feel, look or even smell (yes, very tropical scent to it) like this. I'm definitely leaving this neck raw.

I love this piece!

there is a god.
J

amazing looks! wow, that really appeals to me! come on give us the details! what pup's and hardware will go on it?
S

Looks very impressing!
And this is the lighter Walnut body I've ever seen! Like it!
P

DUDE. I don't play bass but that is some nice wood you got there!
N

I just want to touch it..

That's going to make for a sharp build! What are you going to use for pickups?
M

It's all good mate. I really like ebony with character. I only have a wenge fingerboard (on a Warwick) but Rightintheface brought his tele round to show me and that has a beautiful wenge neck. As for the walnut..Nonsense is spot on, it's very light in color. My walnut J bass body is closer to the color of your neck. Top marks for the finish too, that is a very very nice piece of work. :headbang1:
S

How grainy is the graininess? Like, pine without a filler, like unfinished swamp ash? I have another neck coming up soon, but my padouk neck is as grainy as I would ever want - wenge's on my short list, but not if it's gonna give me splinters....
P

Wenge? no splinters.  Just wicked slick, with the right amount of comfy satin to it.  Wicked slick.
Patrick

No splinters, ever... While there is a lot of graining/pores in wenge, it's fast/slick and you never feel it. Great tone, about exactly in between maple and mahogany.
L

Thanks for all the compliments! I really do appreciate them!

Well, finally, I couldn't resist stringing it up today (with some old round wounds I had laying around). I didn't even give it a set-up (or install the string retainer), and I am just blown away!

I've played a lot of expensive basses in shops before, but didn't spend much time with them, and never really had a chance to hear them acoustically, but spending all night playing this one, it's easily the best one I've ever played in recent memory.

I've read a lot reviews bragging about sustain and always end up thinking "yeah, yeah... that's what everybody says in reviews," but man this thing actually IS like a bell! Especially with pull-offs and when glissing. Also there's just so much resonance in the woods. I can feel the notes in the back of the neck, and when I tried it out with a strap, I could feel them in the contour. And for anybody considering a fretless neck, the "mwah" in this one is unbelievable!

You wouldn't believe how bad I want to plug this bad-boy in. I even thought of wiring up a single Ibanez J pickup I've had laying around just to hear it. lol!

Anyway, to answer some questions... I went with the stereotypical Warmoth hardware, such as Schaller tuners, 201 bridge. A Jim Dunlop straplock setup from Stewmac. Aside from straplocks, everything else (including the neckplate, football jack, string retainer, and copper shielding) is, and will be sourced from Warmoth, and in black.

For the electronics, I'd been debating this ever since I started this project, but finally decided on the SD Steve Bailey pickup/eq package, which I'll be ordering this Friday. Includes everything, including the knobs, and looks to be totally pre-wired, so that'll be gravy to install.

I'll make sure to get pics, and add them to the gallery when I finally get this thing finished.

Thanks again for the compliments! 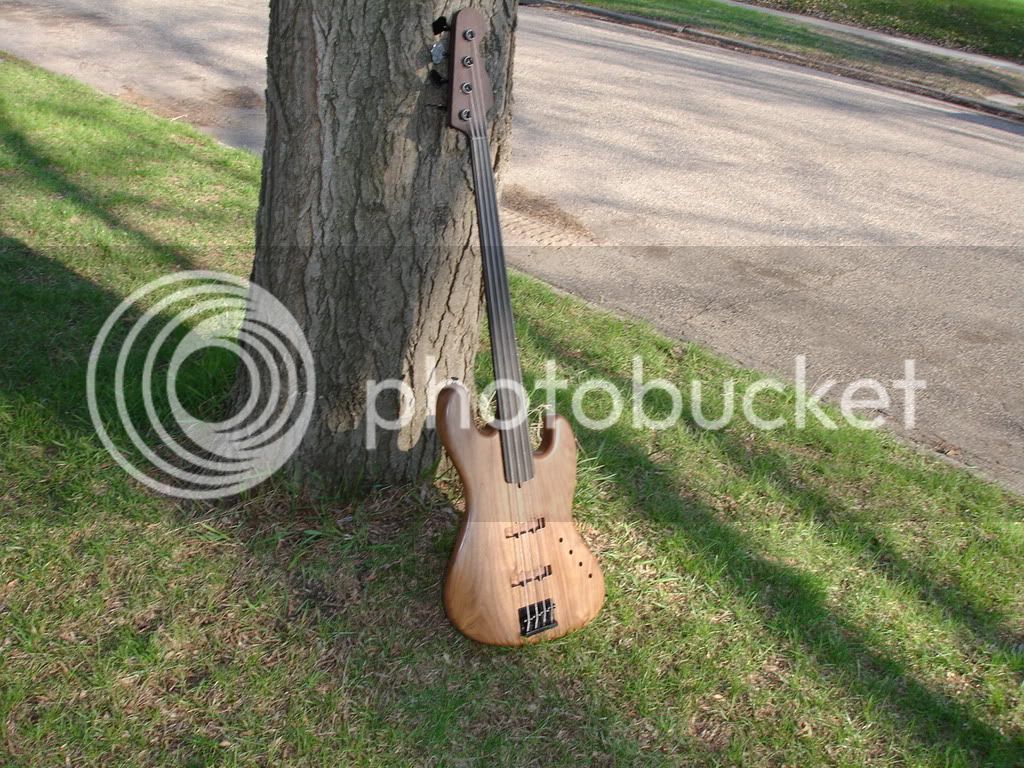 Oh my god! I might be half drunk, but not in a state where i don't recognize a work of art! I can really picture this one finished! Bravo man! Keep the photos coming!
L

NonsenseTele said:
Looks very impressing!
And this is the lighter Walnut body I've ever seen! Like it!
Click to expand...

Yeah, in fact, I ordered walnut after seeing a guitar my buddy had built from scratch. He had used some Peruvian walnut, sourced from Rockler for the wing laminates. His was almost as dark as the wenge back on my neck.

After seeing the piece they made for me, I figured it would get darker when finished. Even though it didn't, I'm way beyond pleased with the results. The contrast is simply awesome!
S

That's going to have a lot of personality - good choices throughout...congrats!
L

Thanks again for your compliments!
W

My Mate would so love that bass.

I reckon its pretty awesome.
You must log in or register to reply here.