This guitar I am dedicating to the band Dragon Force, most of all Herman Li, the lead guitar player.. this guy is FAST (hey fast is his middle name..)!

It features a swamp ash body, Dragon Burst finish. For those who don't know what a Dragon burst is, its a finish offered by Warmoth, as well as a few other custom finishers. It is basically a yellow transparent finish with green burst. It is about as difficult as any other tinted burst, because if you mess up, you have to start over. you can't blend sanded line in transparent finish unless you're like Dan Erlewine or something. Start with this 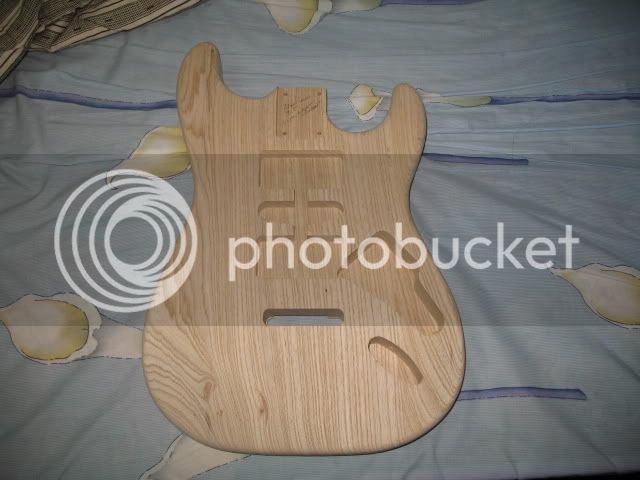 3lb 5oz body from B Hefner on ebay... Would use Warmoth but they don't offer vintage contour... so... 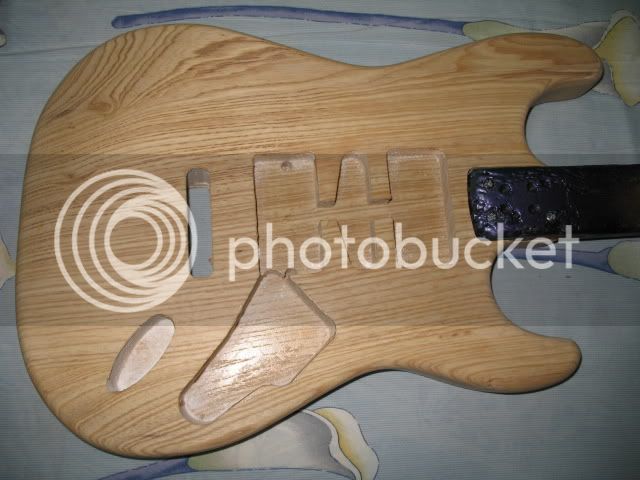 Grain filled, I did not completely fill the grain though, missed a few places around the corners and sides, but I was too lazy to go after that, I mean some grain isn't a bad thing... I had to use waterbased grainfiller since no one sold Bartley's in Taiwan.... 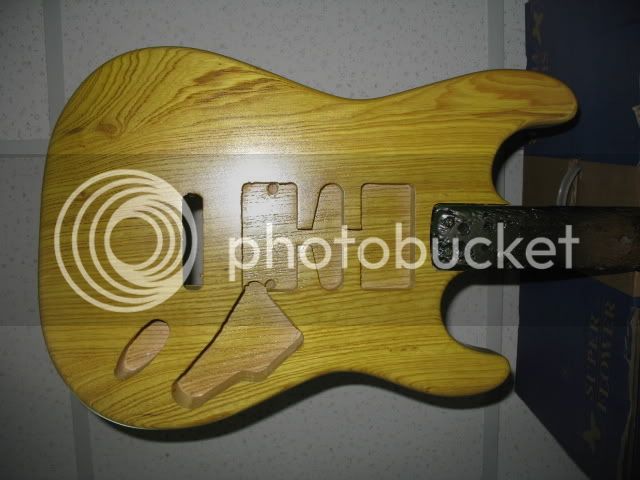 Yellow sprayed on, I did this first instead of on top of the burst so that the yellow won't affect color accuracy. 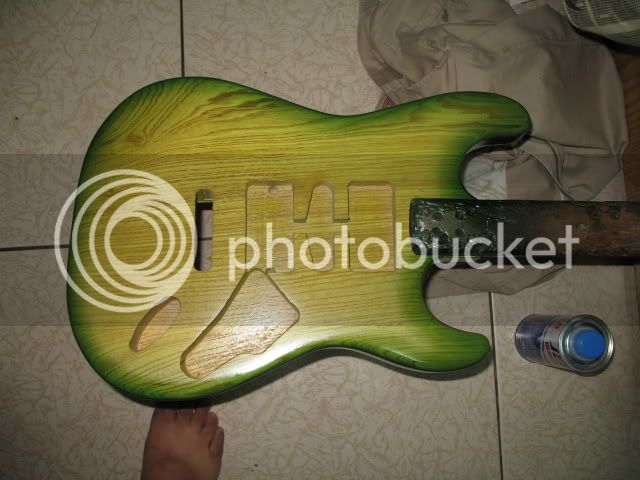 Burst, first pass.. I was gonna stop here but upon further inspection there was some runs, a lot of light spots esp. around the corner, so I had to touch up. 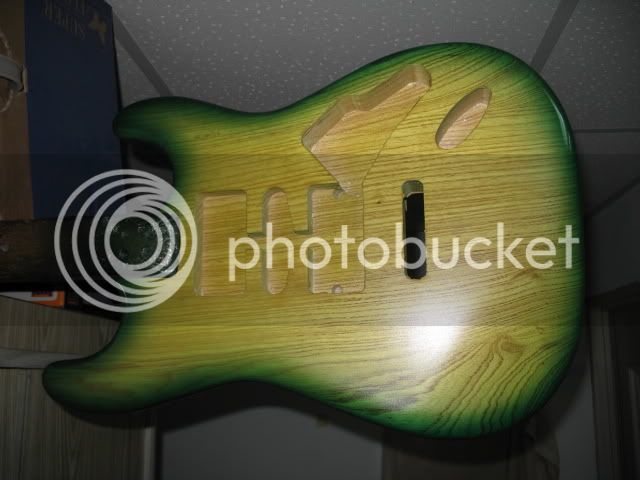 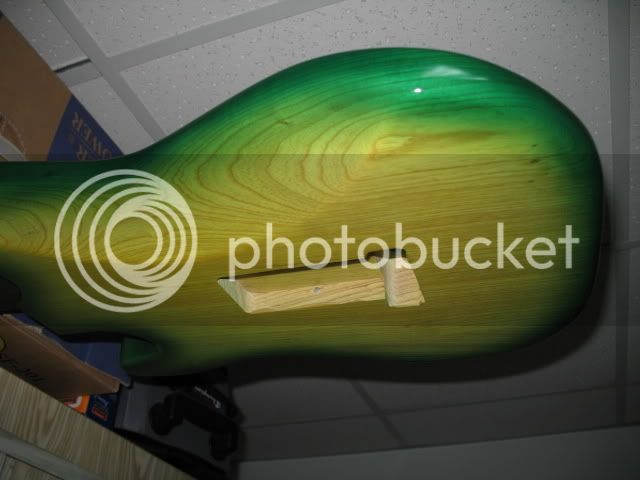 I think Herman Li is a wanker, but that finish is cool. :headbang:
T

what's so wrong with "wanking"? Herman Li is cool as hell. (the 80's live again) Shred-o-riffic player :guitaristgif: his tone is not my cup of tea though.

cool burst....what Pickups?  Swamp Ash dosen't exactly sound like Mahogany.  Never had a swamp ash guitar, no idea where to start for "that" tone.
G

Lots of cool guitar players have been accused of being guitar wankers.  While I am not that intimate with the Dragonforce catalog, I can say as a collector of records and cds and just about any other musical medium, that you like what you like and fou toi to everybody else.  Oh yeah, that is a friggin excellent Dragon Burst (even though I don't necessarily like the Dragonburst, I can appreciate a job well done!)  BY the BY, my son thinks the dragonbust is just the bees knees, and he really wanted me to get my strat done in that finish.  Sometimes, though, you just don't get what you want.
R

Herman Li will sound like Herman Li, be it on a super custom Ibanez S pristiege or cheap ass Ibanez RG or even squirer. I can bet he can play Through the Fire and Flame on a Telecaster (a squirer at that)

I like swamp ash better anyways, mahogany is better for cherry finish. Besides this finish fits the theme of his band better.
C

Maybe wanker was the wrong word, I just think he's a shitty player and I don't like his style at all. I did enjoy the band for a while but I got really sick of how it all sounds the same. If you dig it though more power to you. Different strokes for different folks. :rock-on:
A

Hey rahimii, are you using spray can paint, or do you mix paint and spray w/ a gun?

secondly, on the green burst, do you mask anything or just wing it?
G

Alfang said:
Hey rahimii, are you using spray can paint, or do you mix paint and spray w/ a gun?

secondly, on the green burst, do you mask anything or just wing it?
Click to expand...

I mixed alcohol based dyes I got from LMII with clear lacquer (make a pretty strong mix if you can) and shoot it with a mini HVLP spray gun. I don't like using masks, it makes the edge look unnatural. To get good result you MUST wing it. Dragon/Cherry/Tobacco/Sienna burst are very difficult because there are no fixing once you screw up, either start over or live with it. You cannot sand a transparant burst and expect it to blend. In fact do NOT sand shaders or toners... you will regret it!
You must log in or register to reply here.

Procedure for a multi-step stain